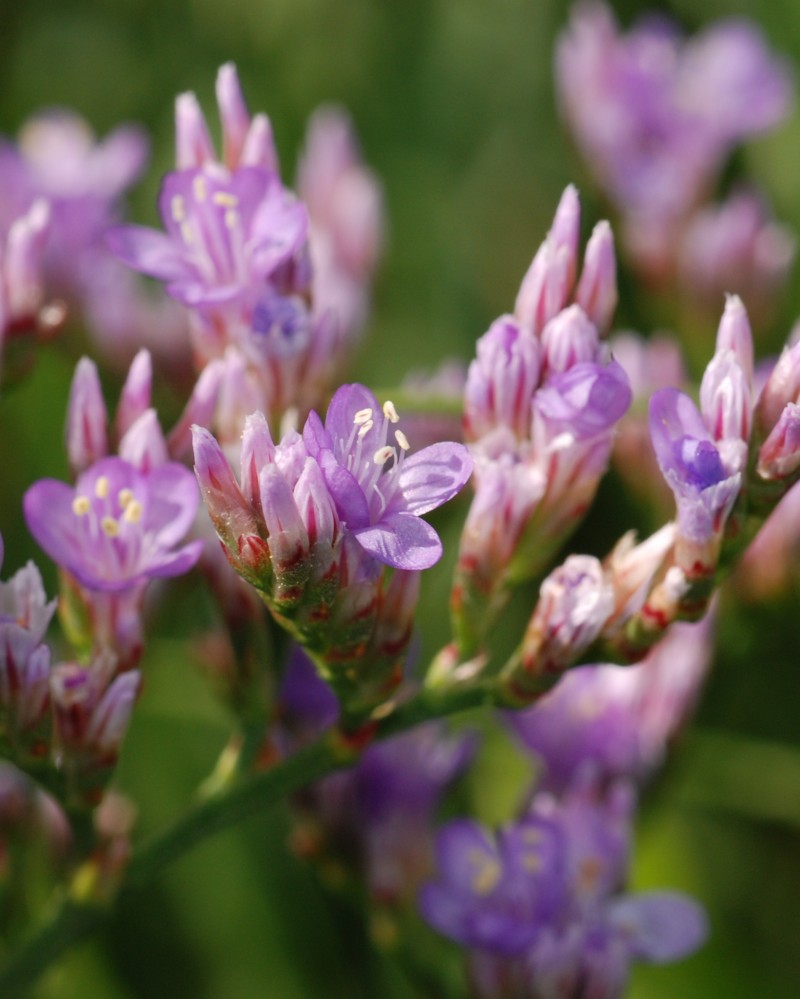 The Zwin is extraordinary because a natural transition from one biotope to another is visible here: from beach to dunes on the one hand and from beach to mudflats and salt marshes on the other.

Mudflats are flooded by the sea twice a day, at high tide, and feature no or hardly any vegetation.  The salt marshes on the other hand feature a rich flora which has adapted to its surroundings. Between the most low-lying spots on the mudflats and the most elevated areas on the salt marshes, a transition occurs from wet to dry, from salt to sweet, from largely to hardly influenced by the tides. Salty mudflats and salt marshes are rare along the coasts and river mouths of Western Europe. This is why they enjoy European protection.

The mudflats: Salicornia, a pioneering plant

Mudflats are flooded twice a day, at high tide, and feature no or hardly any vegetation. Seeds find no foothold here.
The most elevated areas of the mudflats are not flooded as often as the most low-lying ones, so certain plants are already able to thrive in those elevated areas.
Salicornia grows in these most elevated zones. The seeds of this small plant can of course only find a foothold on pieces of land which are no longer flooded by the sea on a daily basis.
Salicornia also grows in the more low-lying salt marshes. The plant manages to store enough water to be in balance with the highly salty environment in which it grows. The bright green, succulent and articulate stems serve to store the water. 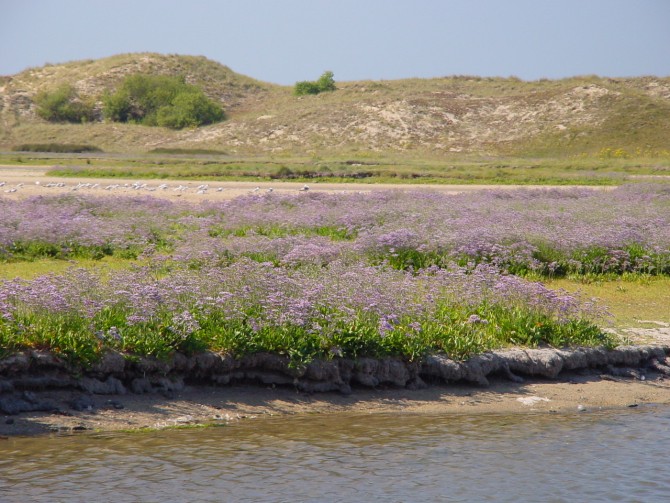 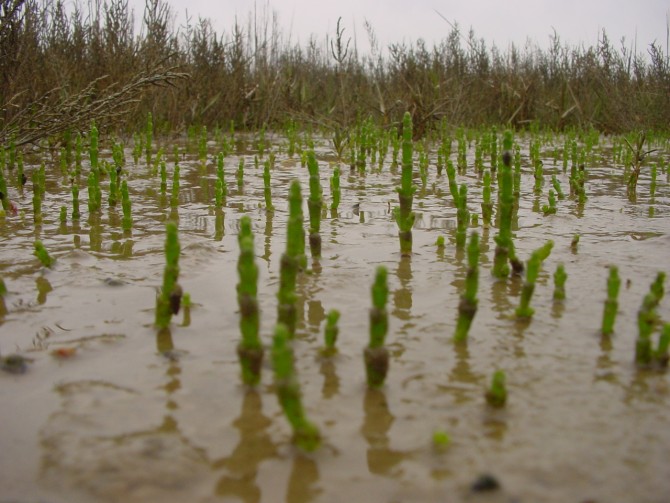 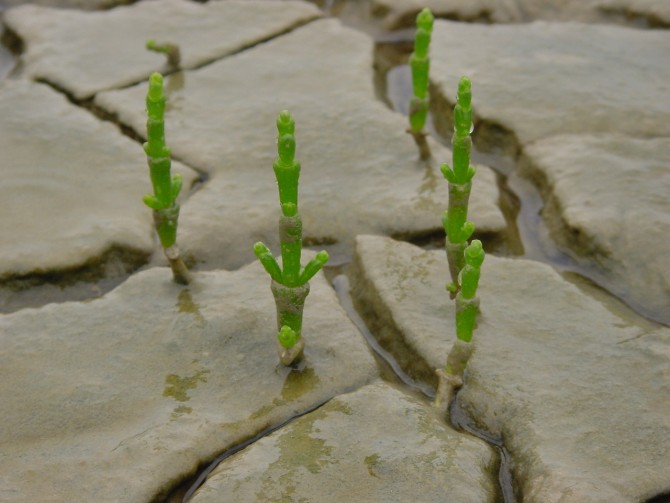 The Zwin, especially unique as a salt marsh area

In Belgium, the Zwin is especially unique as a salt marsh area.
The salt marsh is the plain which is regularly flooded by the sea; not every day, but during occasional floods caused by storms or spring tides. The nature of the plants which thrive here is influenced by several factors, such as the duration of immersion by the salty seawater and the difference in altitude in the area itself. Each plant searches for its own level where it thrives best.
The salt marsh features characteristic vegetation. Here, you can only find plant species able to tolerate the influence of the seawater. These plants are called ‘salt-tolerant’ plants or ‘halophytes’. 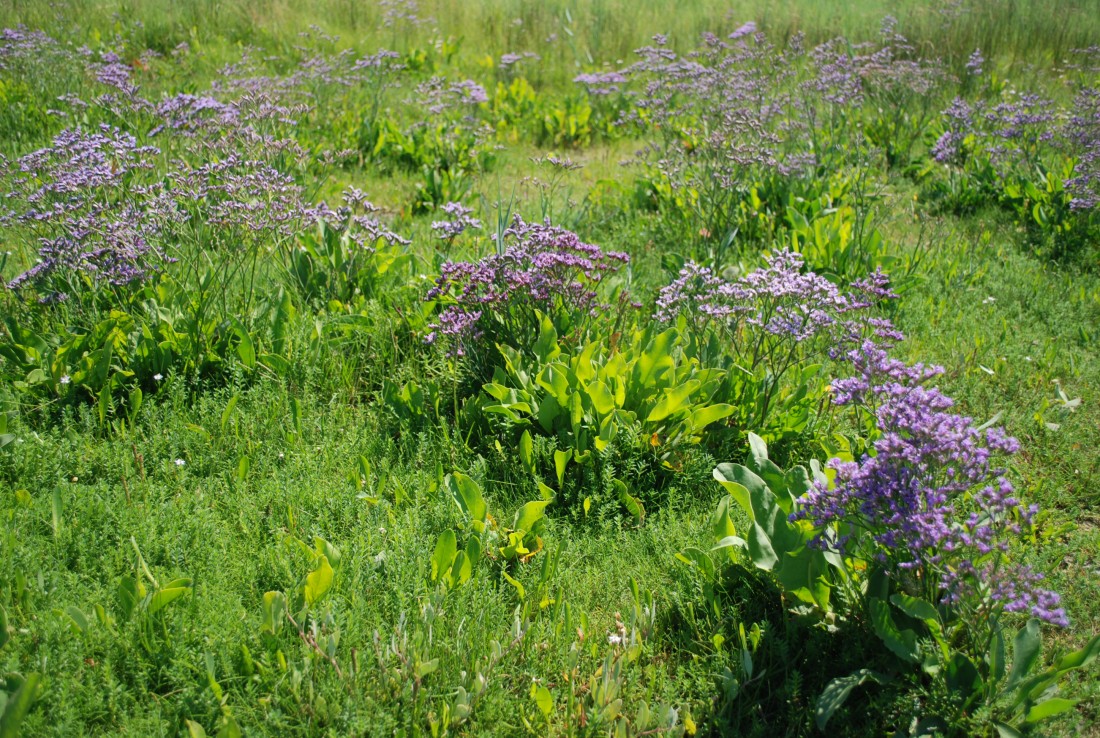 Armed against the salty environment

The Zwin is not an easy biotope to survive in. And yet, some plants and animals are well adapted to this salty environment.

In order to survive in the salty water, the plants have some characteristic adaptations which arm them against the salty environment. They develop in such a way that they can go without water for quite some time. For this purpose, most salt-tolerant plants have thick, succulent leaves or stems where they can store the water they have absorbed for a long time. Salicornia and annual sea-blite are such plants. They have so-called ‘water reservoirs’.

Most salt-tolerant plants, such as salicornia and sea purslane, absorb seawater until they reach a saturated state. Common sea lavender is even able to excrete the excess of absorbed salts! When the weather is sunny and warm, salt crystals can sometimes be found on the bottom of the leaves. 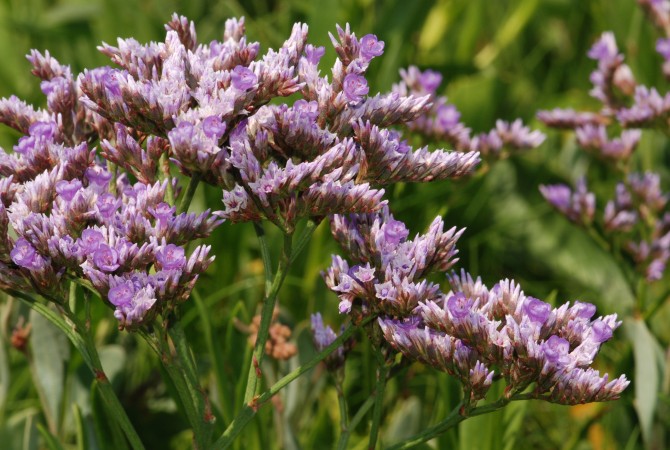 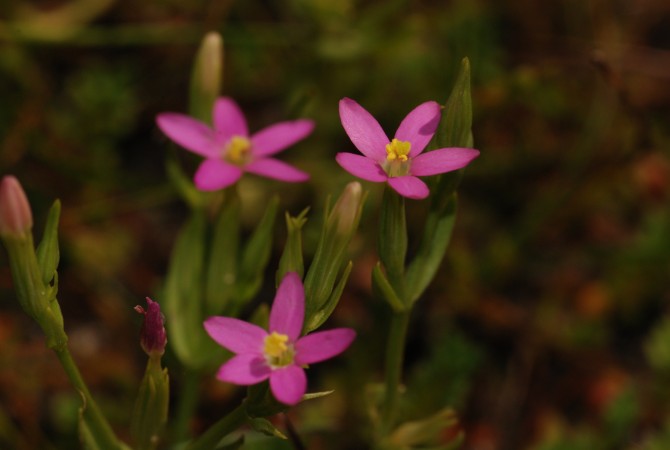 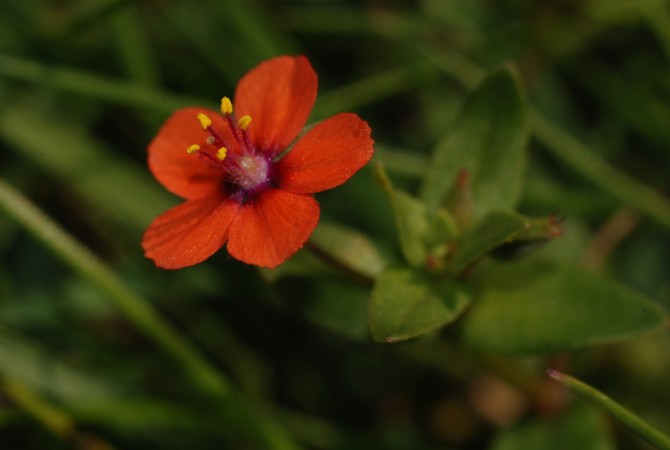 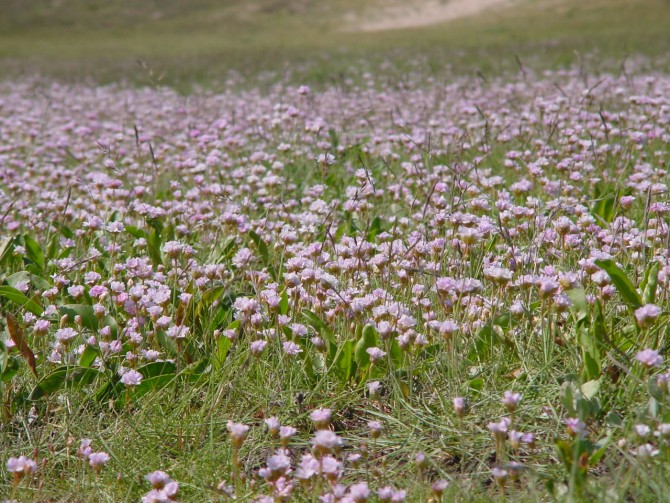 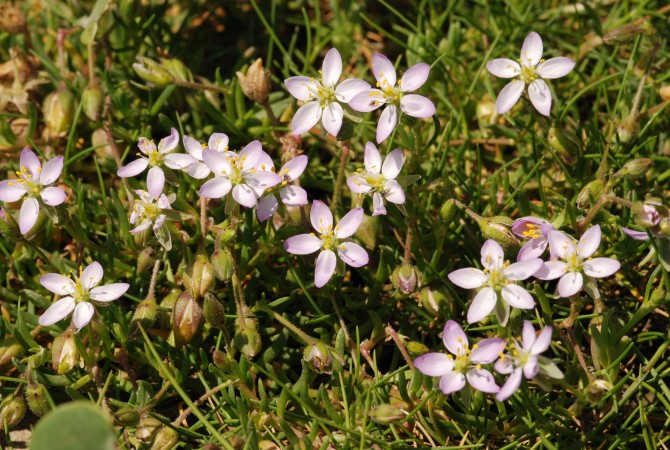 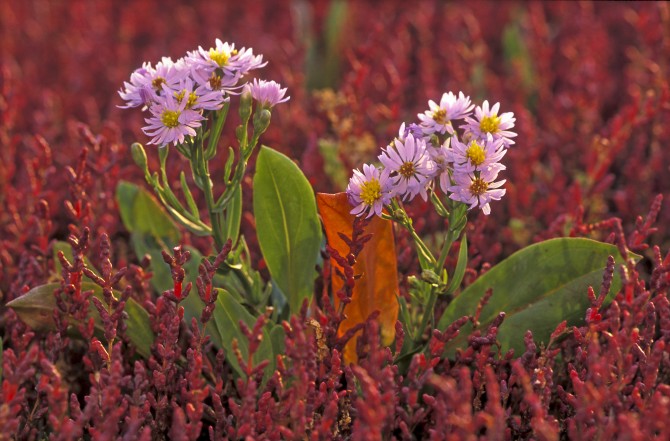